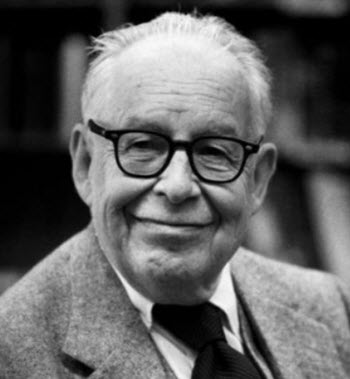 Richter’s magnitude scale was developed by the physicist Charles F. Richter to measure the strength of earthquakes. Originally presented in 1935, it was later revised and renamed the Local magnitude scale (ML).

Today, most seismological authorities use other scales, such as the moment magnitude scale (MW) to report earthquake magnitudes. Yet, it is still common for journalists to use the term “Richter scale” when reporting about earthquakes.

Richter’s magnitude scale is a logarithmic scale, and all the widely accepted new earthquake scales – including the moment magnitude scale – retain this feature and are scaled to have roughly comparable numeric values.

How is the Richter magnitude of an earthquake determined?

It is determined from the logarithm of the amplitude of waves recorded by seismographs. Adjustment are made to compensate fort the fact that different seismographs are situated in different locations.

Each whole number increase on this scale represents a tenfold increase in measured amplitude.

Below, you will find a table describing typical effects in areas near the epicenter for earthquakes of magnitudes from 1 to 9 on Richter’s magnitude scale. The table is only to be used as a rule-of-thumb reference and there are many examples of earthquakes where the damage near the epicenter was lower or greater than what this table suggests. Many factors impact the consequences of an earthquake of a certain magnitude, such as geological conditions and the depth of the earthquake’s focus (a point located beneath the epicenter). Also, areas with a lot of poorly constructed buildings and constructions sensitive to shakings will sustain more damage.

The largest recorded earthquake so far was the Great Chilean Earthquake that occurred on 22 May, 1960. This earthquake is also known as the 1960 Valdivia Earthquake since Valdivia was the most affected city. Various studies have placed this megathrust earthquake at 9.4-9.6 on the moment magnitude scale (which is similar, but not identical, to the Richter magnitude scale). The earthquake occurred in the afternoon and lasted for approximately 10 minutes. It’s epicenter was near Lumaco in the Araucanía Region of Chile.

While earthquakes stronger than 9.5 on the moment magnitude scale are theoretically possible, they are unlikely to occur unless our planet is impacted by an enormous amount of external energy. The devastating asteroid that created the Chicxulub crater and brought on the mass extinction of non-avian dinosaurs is believed to have caused an earthquake with a magnitude around 13 on the moment magnitude scale. This asteroid was 10-15 km in diameter.